I was successful in changing the font-size of the labels and inputs in my table, but one of the fields is a drop-down, and I haven't been able to figure out how to change the input on those choices.  Can someone help me with the CSS for this?  See below.  Any help or guidance would be greatly appreciated. 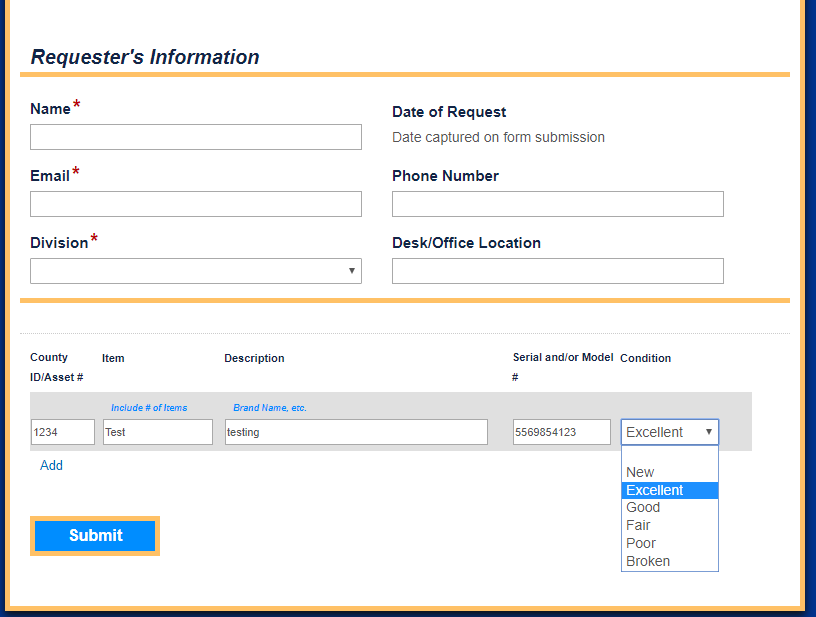 I'm not sure why your code did't work. I did something very similar and it worked fine on both Firefox and Chrome.

I was successful with the following:

where q7 was the id of the table. This did not work using the id of the column (which in Laserfiche Forms is implemented as a <td> element.

The following also worked but of course is much less specific:

I don' t have your code to experiment with but I suggest you try separating out the setting of the font size on the drop-down on its own line of CSS similarly to one of the above examples. As you learn more, consider posting your results here.