The following attachment(s) were not included because they had no content:

I have a workflow that is behaving rather erratically, and the below quote is the root of my issue.

"The following attachment(s) were not included because they had no content:
xxxxx"

The workflow has a token containing a group of names.  it queries a database, and if there is an email in our database for that name, it fills out a form (X), preps an email with both the filled out form and another previously found form (Y). It then generates and sends the email with both X and Y attached. It does a bunch of stuff both before and after, but the attachment process is inconsistent.  Recently it has begun sending SOME of the emails without Document "Y".  Some within the same token will include X and Y, while others will only include X.

I'm think about possibly copying the earlier found document to a temp location and trying the attachments from there.  Wanted to get suggestions prior chasing my tail with these design modifications.  It has previously worked rather consistently.  In all honesty it does process a great deal of information.

The try checks are used to reroute for hard printing if the email delivery fails.  Also, it keeps the WF going if our departments Exchange times out for some strange reason.

My first thought was that there may have been a server performance issue where another activity in the workflow was grabbing the same document at the same time, causing another attachment to see Y as being "empty" or Locked?  The workflow is designed using in sequence with for each loops. I would expect this to be more possible with parallels.  I'd paste the whole thing but it is pretty large.  See below for screen shots.  I figured adding a delay between each email activity would ease things up.  No luck.

The Workflow does not error out at any point. 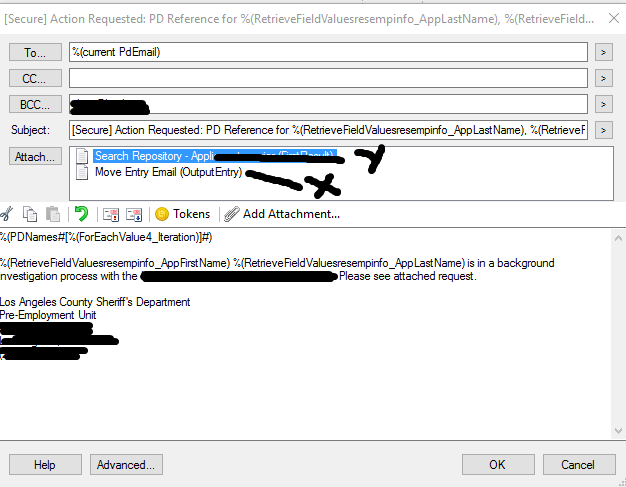 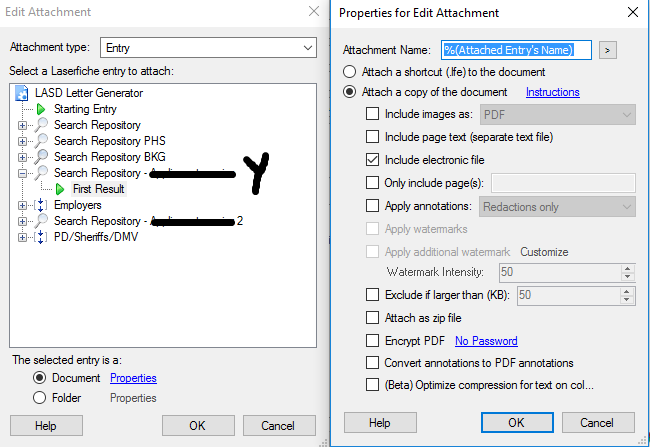 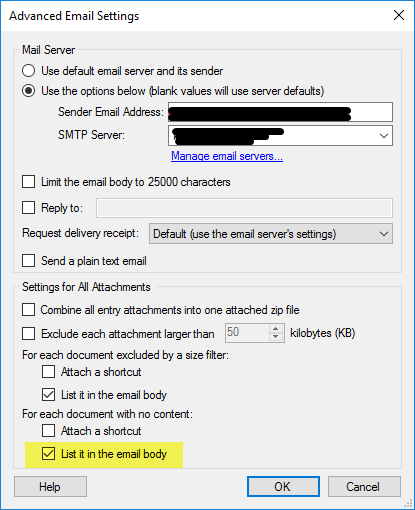 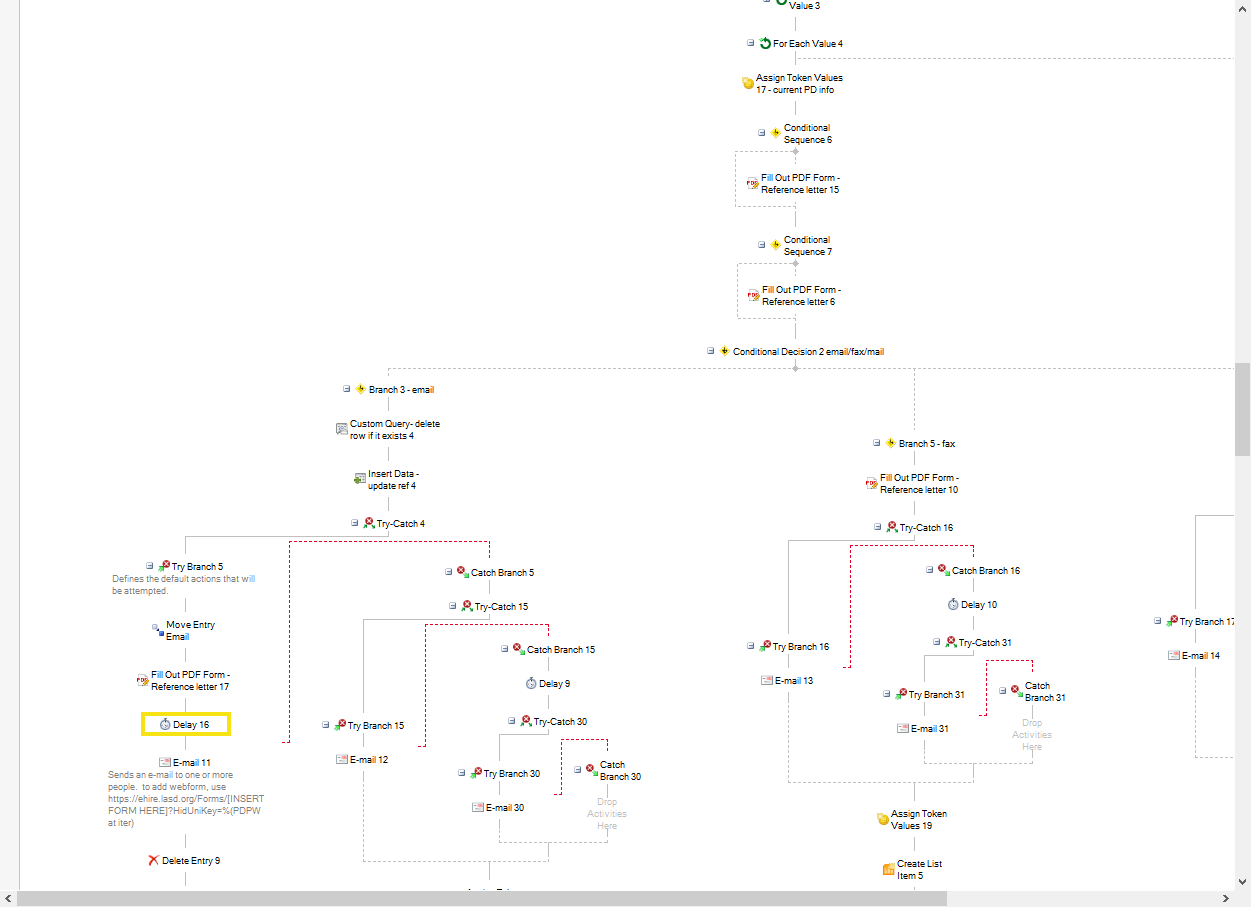 Is it possible that you are now saving image documents from Forms instead of PDFs? That might cause it since you are only sending out the electronic component.

The other possible case is that the PDF document is not created in LF or created after this workflow runs the search.

There isn't enough information to troubleshoot, you'd want to look at when these activities ran and the creation date of the form document. That might give you some direction on how to proceed.

I think that is it.  I just looked and I have a mixture of both PDF's and tiffs.  I'm going to test but, just checking the Include images as PDF's should fix the issue.  If this is it. 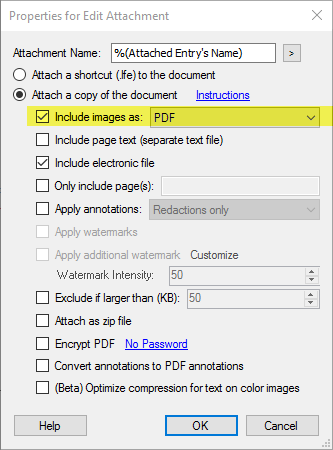