Announcing the release of Laserfiche 10!

The Laserfiche Server, Client, and Web Access 10 include a number of new enhancements to make it easier to both administer and use Laserfiche, in both Web Access and the desktop Client. These include the ability to star items for future reference, mark fields as required on a template-by-template basis, perform searches in the recycle bin, and lock down user settings. In addition, Web Access has been reimagined from the ground up, providing a modern, streamlined, and responsive experience when working in your Laserfiche repository on desktop, tablet, and mobile environments. It also brings a host of new features such as a discussions integration with Laserfiche Social BPM, quick access views for easy access to important documents, direct email drag-and-drop for Outlook, and many others. Finally, Web Access 10 is fully AA compliant with the Web Content Accessibility (WCAG) 2.0 guidelines.

Laserfiche Forms 10 includes a number of new features. Task management has been enhanced with the ability to assign tasks to an entire team and then delegate them among the team members, and to save in-progress tasks as draft to come back to later. Forms now supports native calculations, allowing you to perform functions on data without scripting, as well as enhancements to lookup and processing that provide more control and better user experience across your forms processes. The introduction of process stages and the operational dashboard provides a one-stop report for monitoring process activity. Finally, Forms features a closer integration with Workflow that allows you to take advantage of the power of Workflow alongside the user-friendly design of Forms.

Laserfiche Workflow 10 includes several powerful new enhancements. Dynamic document creation lets you generate letters, agendas, or any other type of standardized document from a base Word document template, and then to populate it with variables from any Workflow process. The enhanced interactions with Forms allows workflows to respond to a Forms process launching Workflow, filling in any process variables with tokens from the Workflow process. It also provides the ability to easily launch new Forms processes from Workflow and pass along starting parameters.

Laserfiche Mobile 10 has been updated to include full support for Forms teams and task management, and syncs up with Web Access and the desktop Client to set and display starred entries and recently opened documents. Quick Capture provides offline support for Mobile’s image editing functionality, for later import into the Laserfiche repository or to share with others outside the repository. Lastly, signatures can now be added and burned into to documents and images when importing into the repository, uploading as forms attachments, or through Quick Capture.

The Laserfiche 10 suite provides a host of features aimed at both simplifying administrative overhead and at improving user experience in the repository.

Please feel free to post any questions you may have about the release, and members of the development team will be happy to answer them. 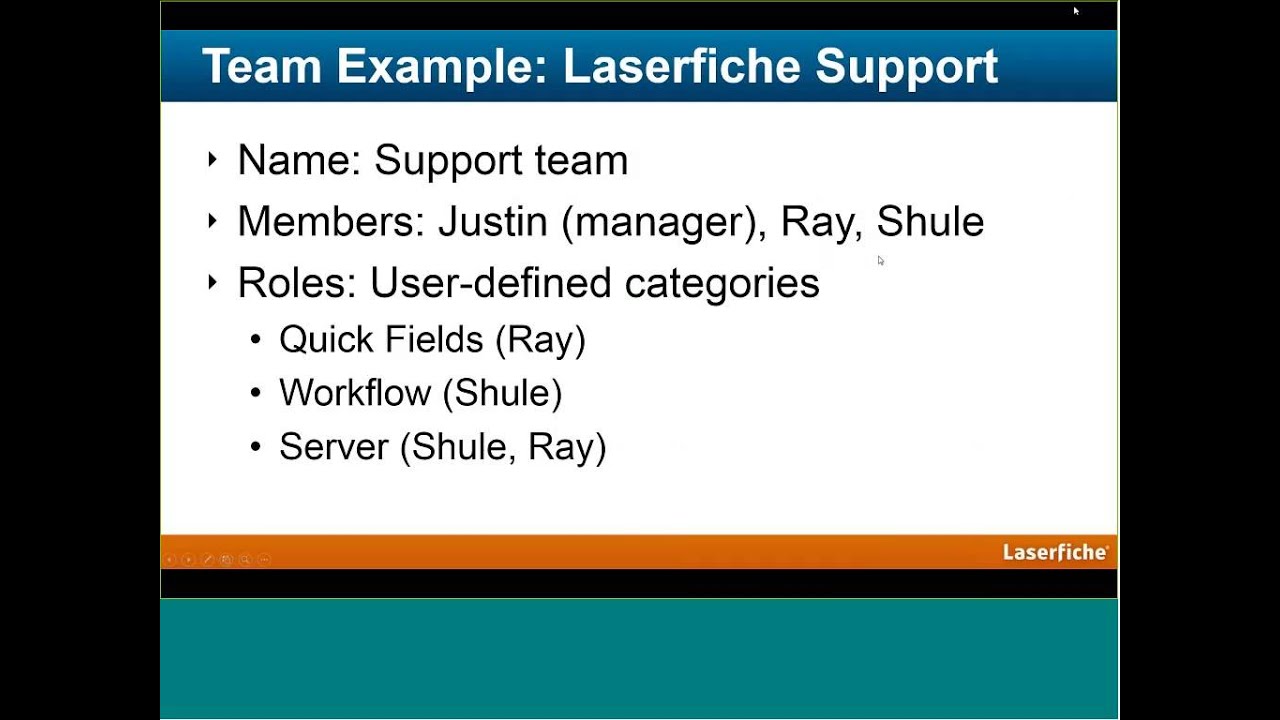 Would the examples you referenced in these webinars be available as a download?

- This Business Process collects who is required to "sign off" on the document and sends it to these people as a simple form with the document embedded in via a Web Access Viewer.

I am looking for an updated Product Suite Brochure that includes these updated features. Currently I can only find Laserfiche Product Suite 2011.